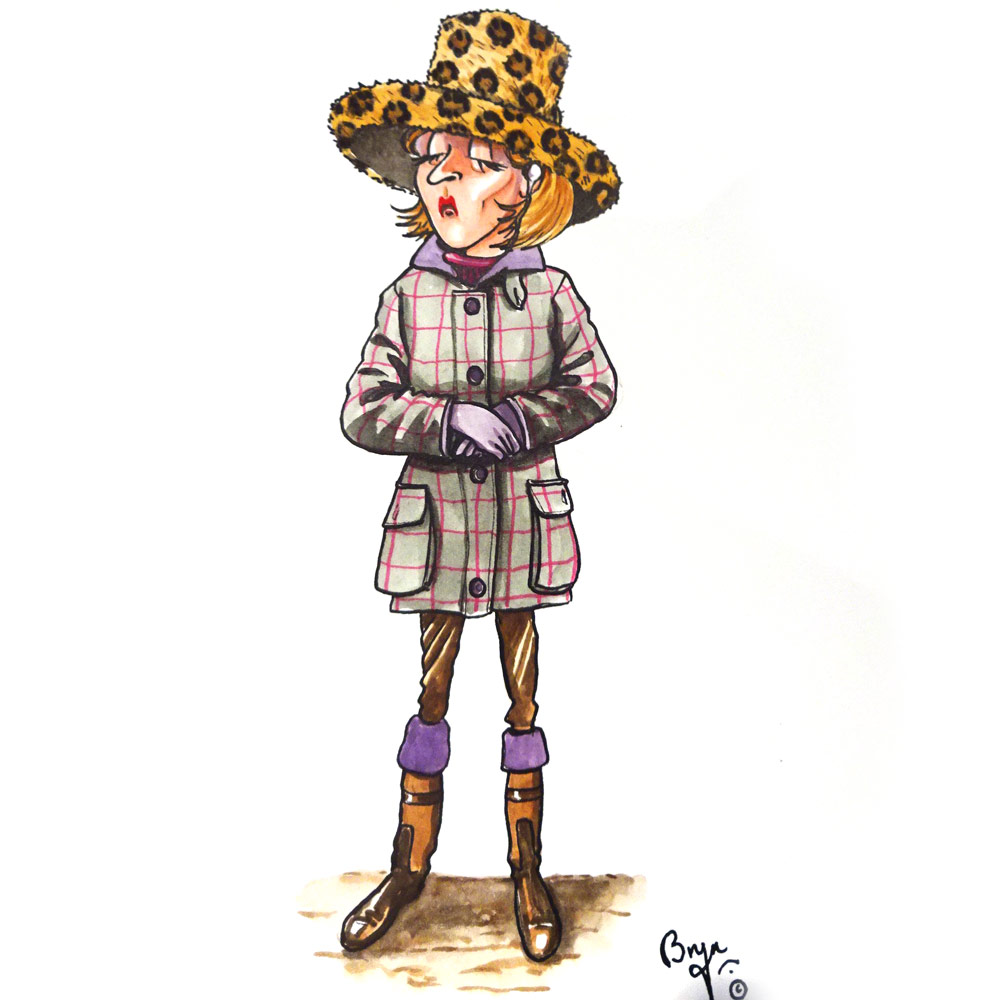 There was a time when a women’s role was to stand dutifully behind her man, offering gentle praise and encouragement when needed. Sometimes, as long as she cut the mustard, she was allowed to stuff cartridges up his breech. That, apart from cooking and serving lunch of course, was a woman’s lot; a supporting role.

How times have changed.

I should point out that I have had something of a sabbatical from shooting and even when I shot more frequently, it was usually on a farm and we were elated if the bag was more than fifty and if the birds topped the trees.

There were two very glamorous Ladies in the bar and as the introductions were made, it was clear that they were not accompanied by any men and that they were shooting the next day. The usual pre shoot excuses were bantered about, The Ladies professing their amateur status while the men, confident of their superiority, offered patronising advice disguised as support.

The next day we assembled at the famous shoot for coffee and the briefing. The Ladies got out of their Range Rovers and joined the motley crew. Men make their best effort to blend in with the others, similar tweed breeks, old jumpers, gillets, and the usual shooting kit. The only concession to self-expression is the choice of tie, socks or flashy garters. It’s just not done for men to make a fashion statement.

Surely this was a case of ‘all the gear, no idea’? I’m sure I saw a smirk or two from the men. You really can’t shoot properly dressed like that, let alone reach the trigger with two-inch nails, oh well. I thought, at least they look good.

The first drive was something of a surprise. I was at No 1 and out of the main action, which gave me the chance to look down the line. The Ladies seemed to be managing rather well; they both had stuffers of course. Those nails precluded loading a gun. I noticed some rather good birds come down and began to suspect that it was more a case of ‘all the gear and a very good idea’.

On the second drive I was placed between The Ladies, a Thorn between two Roses; no pressure then. We were in a deep valley facing a near vertical bank topped with conifers. The birds began to appear and on my right and left they were stopped as if flying into a sheet of plate glass.

The ones I shot at flew on, flicking V signs contemptuously down at me. I left the first shot too late and nearly fell over on the second. Up went the gun, nothing, safety catch….bang, bang, missed again. Reload, cartridge falls on the ground, up goes the gun, bang click, missed again. Move your feet, Ouch that was my thumb, oops that was the butt on my cheek, missed again, surely I hit that one? 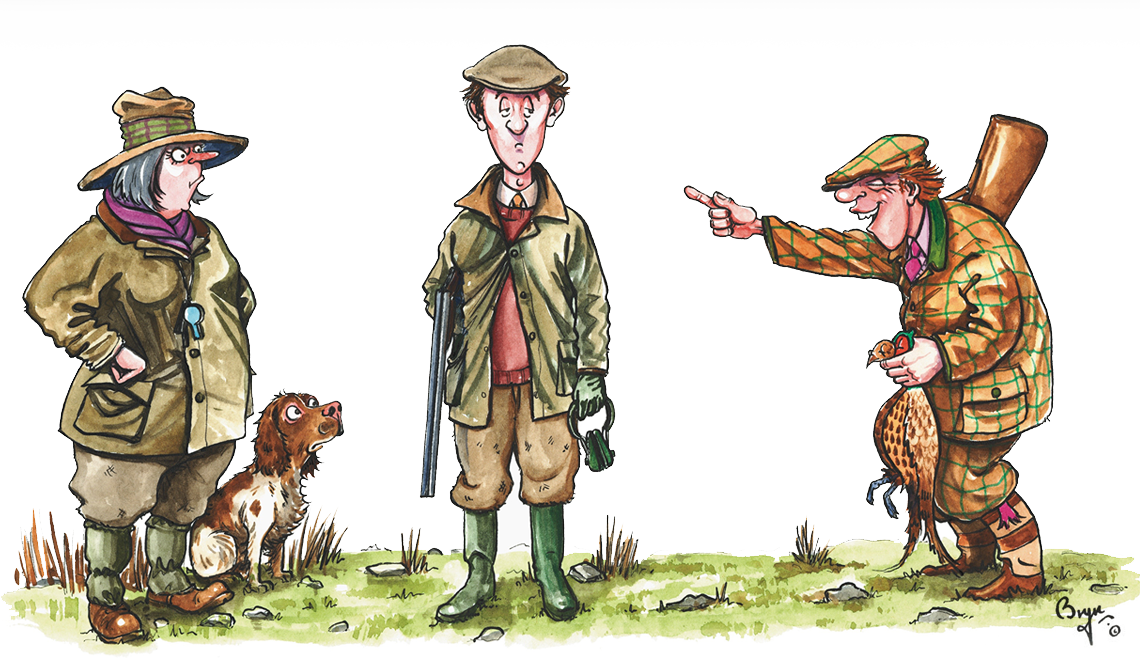 And on and on it went.

On either side, the birds kept hitting the sheet of glass and piling up neatly, The Ladies cool under pressure, their loaders quietly proud of their Guns.

On my peg it was the cartridges that piled, a small mountain. My feet slipped on the miniature Himalayas. I worried that the pile would overwhelm me, that I would be buried under an avalanche of No 5, 32 gram super hard hitting, brain scrambling, bird missing, squibs. I started to think about how I would breathe while the rescue teams worked their way through the heap of cartridges to get to me.

With burning barrels and nearly empty pocket, the drive finally finished; thank goodness. But then the other difference between men and women; if my neighbours had been men they would have made a well crafted remark. Something like ‘do you get much shooting these days’ or perhaps some advice on footwork or the details of a local shooting school. Innocuous remarks but loaded with deadly intent.

The Ladies of course thought it was funny, big grins and I seem to remember a happy, seemingly innocent, comment on ‘that lovely bird you got near the end’. There was something further about being ‘sandwiched’ but I went off to find some better cartridges.

Man, the mighty hunter, reduced; destroyed, demolished. Morale at rock bottom, a failure in the battle of the sexes.. Venus 1, Mars 0… Nil points, Nada, Nought. No wonder men kept women away from ‘their’ sports for so long. Nothing to do with being sexist; it’s more a case of knowing that they are better than us and we just don’t need to be reminded of it.

Oh well, time for a glass of Rose, chocolates and an evening catching up on a Rom Com box set… I might even do some baking or have my nails done.. After all, what have I got to lose?