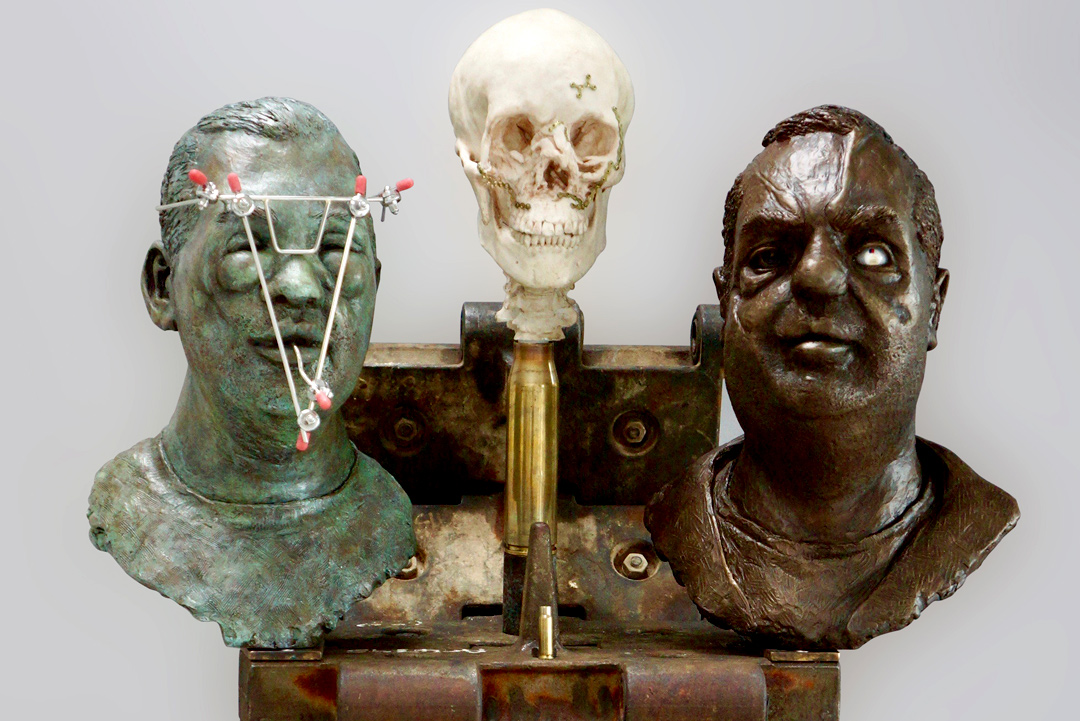 Having attended a short portrait course at The Sculpture School in Devon in March, I wanted to set myself a project that made me learn new skills but also represent those who are wounded in the service of our country. I wanted to show that, while we see the outward scars, the inner ones are equally or more devastating.

Simon ‘Si’ Brown was shot though the face while rescuing six soldiers in a battle in Iraq 2006. I first met Si though Help for Heroes in 2008 and have been deeply impressed with how he has coped with losing his sight and terrible facial disfigurement.

Last year I visited him in Salisbury hospital as he recovered from his 25th operation and saw MRI scans of his skull. I had no idea that his face had been peeled away and titanium plates used to repair bones, nor that they remain there today.

This year, after stepping down from an executive role at Help for Heroes, I began to sculpt and decided to set myself a task to depict Si’s recovery journey. The piece depicts his head in three stages, each fitted with an ‘article of recovery’, the Halo Fixator, Titanium plates on his skull and his prosthetic eye. Si has gifted me one of his many eyes.

The heads are set on several ‘articles of war’. The pedestal is shaped like a huge shell case. The heads are mounted on four track links from a Warrior armoured vehicle similar to the one in which Si was shot. The Skull is mounted on the case of a Rarden cannon shell case, the Warrior’s main armament.

Most importantly and significantly, there will be a single empty case set at the front of the piece. It is a 7.62 mm short case, fired from a Kalashnikov automatic rifle, the weapon that destroyed his face and changed his life.

I want Looking Forward to demonstrate the devastating effect that a small piece of lead, ‘no bigger than a finger tip’, can have, blasting through soft tissue and bone, leading to not only almost unbearable physical and very visible injury but also to the unseen and hidden wounds beneath.

I would hope that having the piece on display will help the viewer understand the gruesome consequences of war and the miracle of modern medicine. Si has said that he would like the piece to help other visually impaired people and, when possible, they should be allowed to feel the work; something not available from a painting. 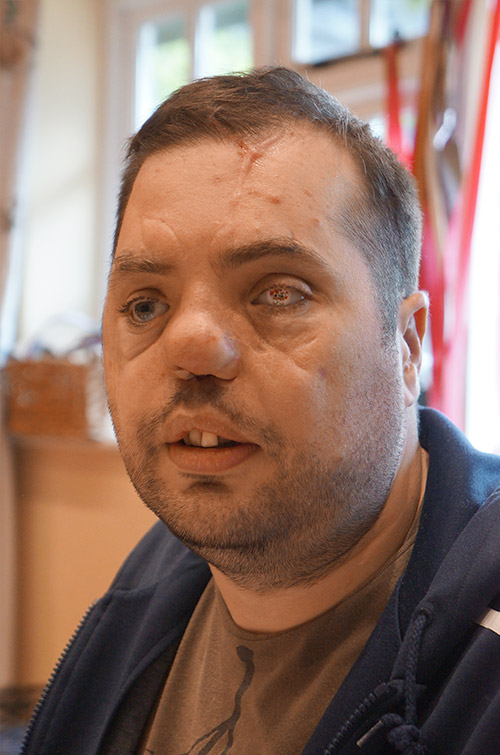 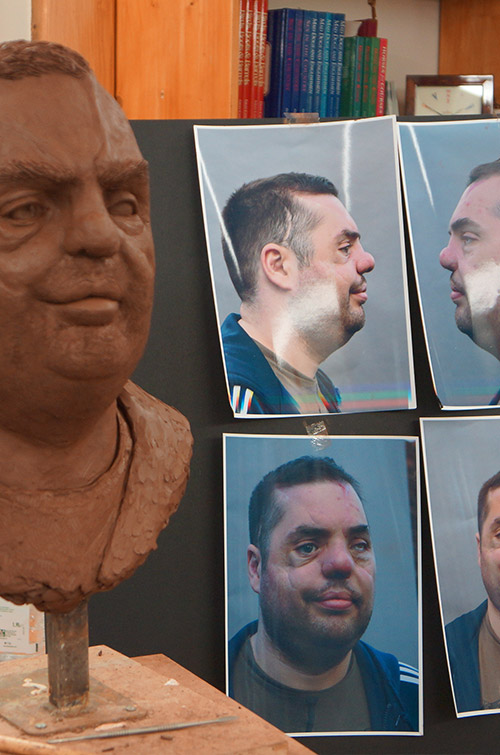 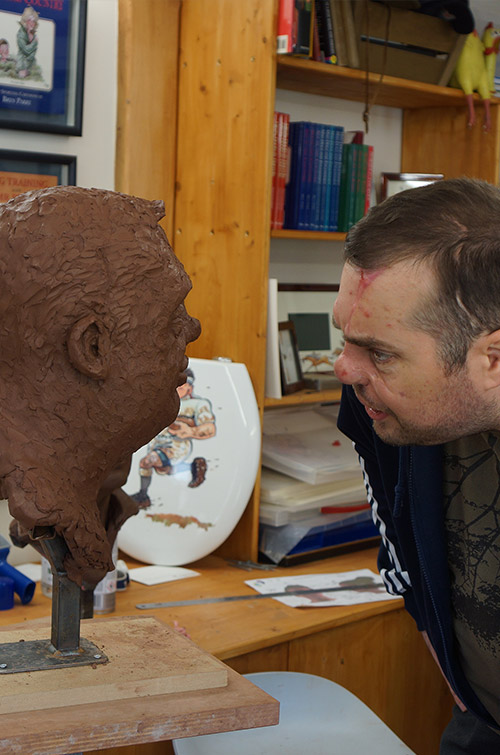 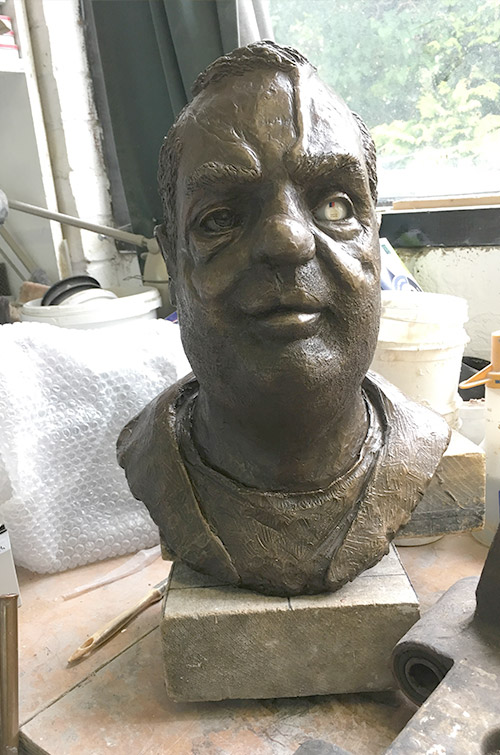 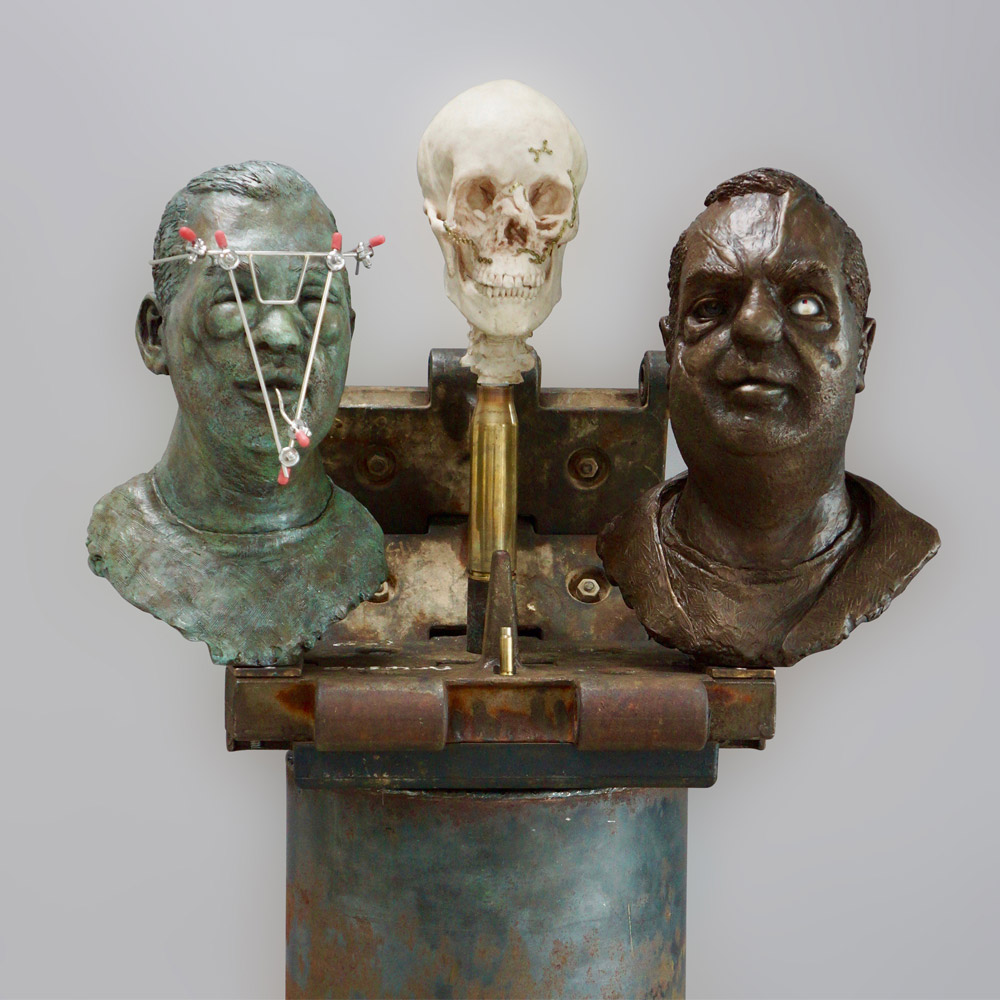 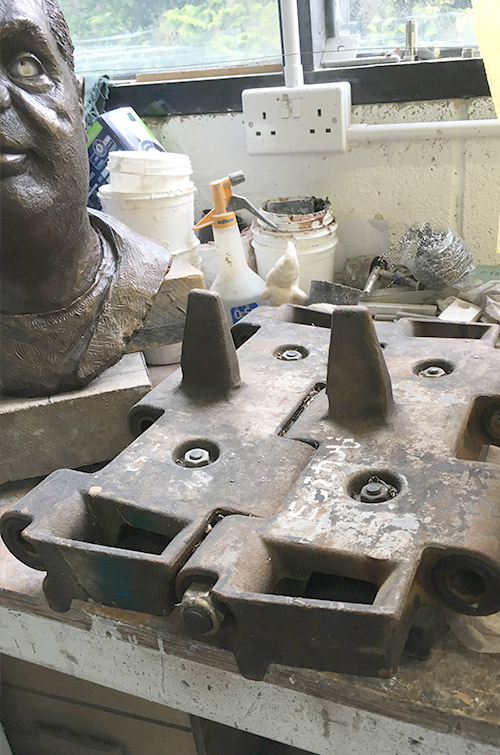 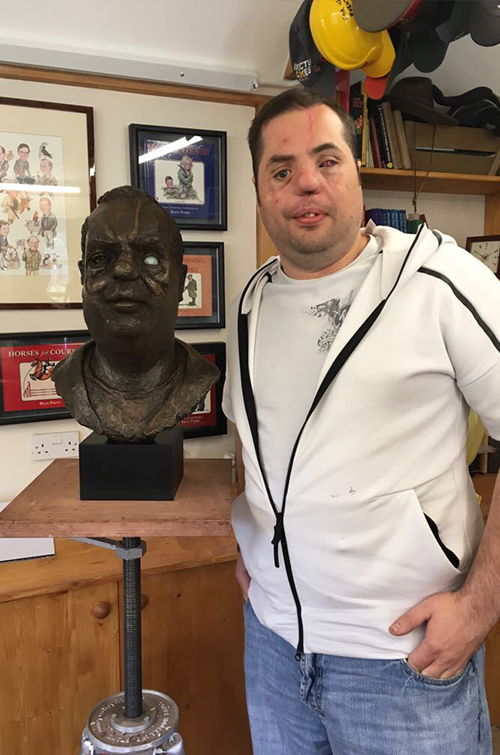